FOUNDED – Relative to many of Great Britain’s illustrious brass bands, ours is a relatively short history. Formed originally as Rugeley Power Station Brass Band during 1981, our purpose was simply to provide a social activity for power station workers. 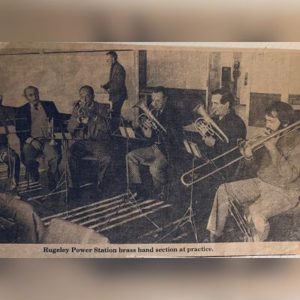 LOCAL – Two of our founder members, worked at Rugeley B, as a Stores Supervisor and Station Warden respectively, whilst other players came from a variety of departments across the Rugeley B site. 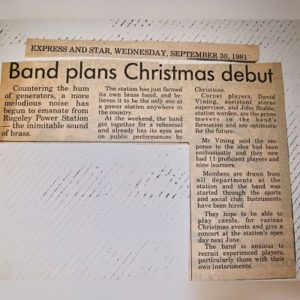 COAL – In later years, family and friend playing members helped swell the ranks along with some miners from the adjacent Lea Hall Colliery, which was part of the Cannock Chase Coalfield.

PROUD – Although we can never claim to be a colliery-band, our foundations are firmly rooted in the Cannock Chase Coalfield that once supplied Rugeley Power Station. Indeed back in the 1980’s it was widely believed that Rugeley B was the only power station in the UK to have its own brass-band. 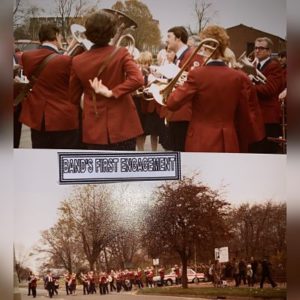 THE BAND PLAYED ON – Through the pit closures of the late 1980’s / early 1990’s and more recently in 2016, when the sad closure of Rugeley B Power Station necessitated us to finding a new home; once again, the band played on…

FRESH START – The resultant re-location to Lea Hall Social Club, launched a  new collaboration for us, along with our re-brand to Lea Hall Brass Band. However given Lea Hall Colliery was Rugeley B’s neighbouring pit and supplied it with coal until 1991, it almost feels like we’ve never moved home. 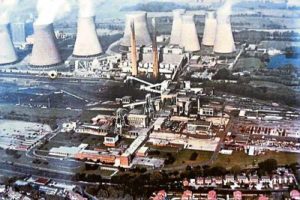 COMMUNITY– So what started out almost 40 years ago as a simple community social idea, born of a handful of proficient players and lots of learner players – has resulted in almost four decades of brass band entertainment across Rugeley, Cannock-Chase, Staffordshire and indeed the broader UK and Europe.

ACCESSIBLE TO ALL – During the last 40 years, we have stayed true to our roots and maintained that our band retains a community band status rather than becoming a contesting band, thus remaining accessible to all. By continuing to welcome beginner, lapsed and returning players we remain committed to assure brass banding has a sustainable future in our area.

TODAY– Lea Hall Brass Band remains the only independent ‘traditional British style brass band’ operating within the Cannock-Chase District, which we hope you will agree, makes us pretty special and worthy of preserving. 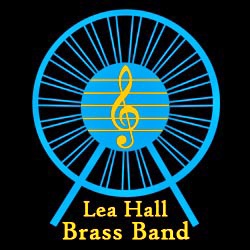 Thank you for taking the time to find out about our humble beginnings and we look forward to seeing you at one of our performances in the future.

Here’s to our next forty years.